‚Frictions and Failures - Cultural Encounters in Crisis‘, ed. by Almut Bues, presents the papers of the third Marrying Cultures workshop, which focused on dynastic marriages which ran into difficulties and examined a wide range of cases in order to determine what caused these problems.

END_OF_DOCUMENT_TOKEN_TO_BE_REPLACED

Marrying Cultures was a three-year research project funded by HERA (Humanities in the European Research Area) focusing on the foreign consort as agent of cultural transfer. The case studies investigated were the Polish princesses Katarzyna Jagiellonka, Duchess of Finland and Queen of Sweden (1526-83), and Zofia Jagiellonka, Duchess of Braunschweig-Wolfenbüttel (1464-1512); Hedwig Eleonora of Schleswig-Holstein-Gottorp, Queen of Sweden (1636-1715), and Charlotte Amalie of Hessen-Kassel, Queen of Denmark (1650-1714); the Portuguese princess Catarina of Braganza, Queen of Great Britain (1638-1705); Maria Amalia of Saxony, Queen of the Two Sicilies and Queen of Spain (1724-1760); and Luise Ulrike of Prussia, Queen of Sweden (1720-82) .

Working with colleagues in historic palaces, museums and libraries (including Kensington Palace, the Victoria and Albert Museum and the National Portrait Gallery, London; the Royal Armoury, Stockholm, and the Duke August Library, Wolfenbüttel) the project members also considered how it is that certain consorts have become embedded in national cultural memory and others have not. 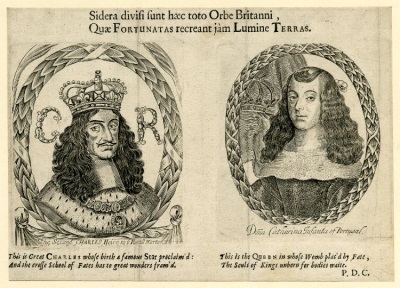