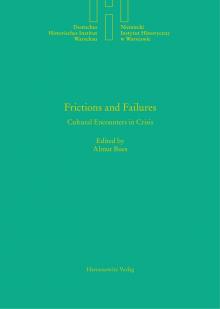 ‚Frictions and Failures - Cultural Encounters in Crisis‘, ed. by Almut Bues, Deutsches Historisches Institut Warschau. Quellen und Studien 34, Wiesbaden (Harrassowitz Verlag) 2017, presents the papers of the third Marrying Cultures workshop (21-23 April 2016, Warsaw), which focused on those dynastic marriages which ran into difficulties of various kinds and examined a wide range of cases in order to determine what caused these frictions and failures.