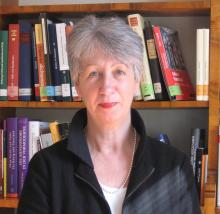 Bepler’s research considers two princesses of North German origin: Hedwig Eleonora von Holstein-Gottorf (1636-1715), who became Queen of Sweden; and Charlotte Amalie von Hessen-Kassel (1650-1714), who became Queen of Denmark. Jill will focus on the role of these women as collectors of books and on the extent to which they used their extensive dynastic networks for cultural purposes. The history of Continental European royal book collections is the history of libraries handed down in male succession, but by bringing the cultural role of consorts as readers and writers to the fore Bepler will highlight in a particularly vivid way the transmission of culture and ideas through female networks. She will unravel the complex transfers of ideas across cultural and linguistic boundaries and assess the networks of exchange which Hedwig Eleonora and Charlotte Amalie employed. By focusing on these queens as readers and writers, her research will assess the role that collections played as symbolic objects in the construction of the queens‘ identities and their roles in dowries. The evolution of their collections over time can reveal much about the changing attitudes and interests of these queens in a new culture and about the impact they had on that culture.

Viewing the collections as a point of interaction between cultures and, in the case of Charlotte Amalie, between religious confessions, this research will examine sources concerning the education, marriage and continued interaction between the consort and her family of origin, using extant correspondence to examine the repercussions her elevated status had on their construction of dynastic identity and on patterns of education, travel and collecting among her siblings and their offspring.