The Raw Materials of Printing 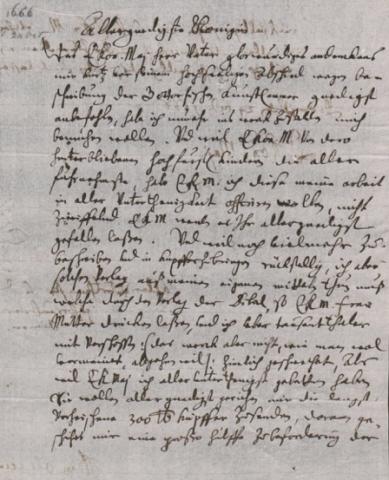 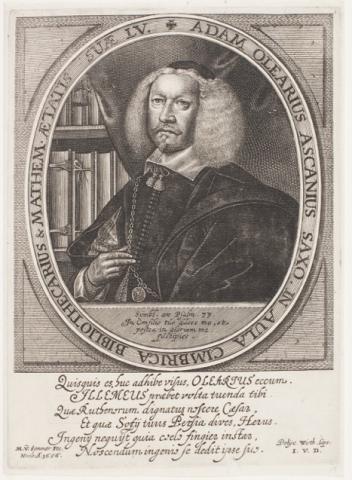 Consorts who married abroad were often asked to help supply goods to their native lands. One of the most precious natural resources Sweden had to offer in the 17th century was copper, sought after not just for building purposes but as an essential and expensive material in the production of books and illustrations. The famous mathematician Adam Olearius was a key figure at the Gottorf court as Hedwig Eleonora, Queen of Sweden, grew up. At the instigation of her father, Duke Friedrich III of Holstein-Gottorf, Olearius established the famous Gottorf cabinet of curiosities, many of whose exhibits he had brought back from his travels to Moscow and Persia in the 1630s and 1640s. After she departed for Sweden in 1655, Olearius maintained a familiar correspondence with young queen and in 1666 he sent her a copy of his printed description of the “Kunstkammer” with a specially printed customized dedication, dated on the Queen’s birthday. The copy is now held at the Stockholm University Library and can be seen on the library’s website.

Up to now, the letter accompanying the gift, preserved in the Stockholm archives, has escaped notice and it is shown here. Olearius expresses his interest in publishing an expanded edition of the “Kunstkammer” but, as he explained to the Queen, he could not afford it. He had used own resources for a Bible publication project commissioned by her mother, the dowager duchess of Holstein-Gottorf, Marie Elisabeth, which had unfortunately not sold as many copies as expected. Olearius hoped that the gift of a consignment of copper would enable him to complete the expanded publication. In the five letters which follow this one (all in transcription and translation here) from 1667, 1668 and 1670, Olearius reported to Hedwig Eleonora on the relocation of the Kunstkammer at Gottorf Castle following the return of her brother, the reigning Duke Christian Albrecht, from his travels to Italy, on festivities held for birthdays, on the marriage of her youngest sister, and on various visitors to the Gottorf court. The second edition of the Gottorf Kunstkammer was printed posthumously in 1671, but without the additions that Olearius had planned and without further engravings. The copper which he reminded the Swedish Queen about in each of his letters and which she obviously promised him at regular intervals never reached him.