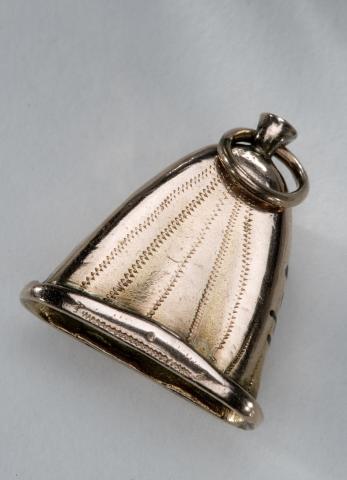 Property of the Royal Armoury, Stockholm
This picture is licensed under a Creative Commons 3.0 licence

After the death of Charles XII in 1718 and the ensuing defeat of Sweden in the Great Nordic War (1721), the king’s successor and sister Ulrika Eleonora (1688-1741) had to relinquish much of her royal authority and power to the riksdag (Swedish Parliament), thus ending absolutism in Sweden. The riksdag, however, was far from being a united political entity. During the subsequent period, known as the Age of Liberty (1719-1772), two political factions dominated Swedish political life in parliament: the hats (hattarna in Swedish) and the caps (mössorna). Both parties relied heavily on foreign subsidies in order to get the most votes. With diets meeting every three years there were often fresh elections and therefore opportunities for wealthy powers such as France and Russia to take part in Swedish domestic affairs and diplomatic manoeuvres. France traditionally backed the ‘caps’, while the ‘hats’ looked towards Russia and England for support.

As King Fredrik I (1676-1751), husband of Ulrika Eleonora, had no legitimate children, it fell upon the Riksdag to elect his successor. Adolf Fredrik of Holstein-Gottorp (1710-1771) was elected, mostly thanks to the party support of the ‘hats’, backed by the empress Elisabeth of Russia (1709-1762) who was related to the new prince consort. But after the death of the old king, the royal couple, Adolf Fredrik and his consort Luise Ulrike (1720-1782), were inclined at first to support the ‘caps’, especially because of their strong desire to regain more power and authority. While their attempt to re-establish absolutism in the kingdom failed in 1756, they tried to gather their own supporters from both sides, though ineffectively.

In 1765, and after 27 years of domination by the ‘hats’, the ‘caps’ returned to power and controlled the riksdag; Ture Gustav Rudbeck (1714-1786) was elected the new marshal of the diet (lantmarskalk). Rudbeck had had a military career before becoming engaged in politics, and as a brilliant orator, he quickly rose as one of the leaders of the ‘caps’ party. On the occasion of the 1765 diet, when he was elected lantmarskalk, Luise Ulrike presented him with this little gold amulet. It represents a cap, to be worn attached to clothing, or perhaps on Rudbeck’s wrist. It is a small piece of jewellery, 15mm high and 14mm wide, made in gold and fabric.

The queen, who had never ceased to believe in the restoration of absolutism in Sweden, had great hopes for this new era under the direction of the ‘caps’. The switch in political power, nevertheless, did not favour the ideals of the court and absolutism did not return.

It was quite common for early modern courtiers to wear distinctive signs such as insignia and medals on their garments, which potentially distinguished them among their peers, indicating either their merits, achievements, wealth, services to the royal family, or political affiliation. In this case, the amulet symbolized not only the support of the queen for the new leader of the ‘caps’, emphasizing her approval, but also the duty to which Rudbeck was now obligated, especially towards the royal couple. By affirming the link between her and the lantmarskalk Luise Ulrike reminded him of her theoretical –albeit non-existent- authority over the riksdag.