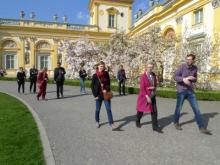 As the title suggest, the third Marrying Cultures workshop focused on those dynastic marriages which ran into difficulties of various kinds and examined a wide range of cases in order to determine what caused these frictions and failures. It also extended the geographical range of the territories discussed by the project hitherto. Where the second workshop in Oxford made Britain on the Western fringe of Europe one of its foci, this workshop concerned itself not just with Poland but with Hungary, Lithuania, Muscovy, Russia and the Ottoman court. This was particularly valuable in bringing Orthodox and Muslim consorts into the discussion, as well as the elective monarchy of Poland, in which the role of the consort is by definition different from that of a consort in a system of dynastic succession.

Before the conference began, there was an excursion on 21 April to Wilanów Palace, built for King Jan III Sobieski in the last quarter of the 17th century and later enlarged by other owners. 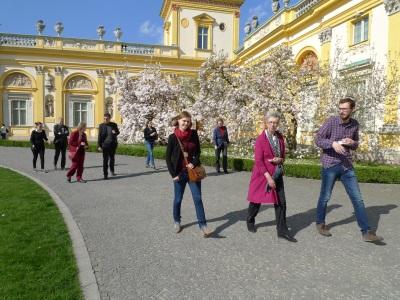 In the evening of 21 April, the exhibition Royal Marriages of Princes and Princesses in Poland and Lithuania c. 1500-1800, erected in the courtyard of the Royal Castle in Warsaw, was officially opened by Przemysław Mrozowski, the Director of the Royal Castle Museum, and Miloš Řezník, the Director of the German Historical Institute, Warsaw. Almut Bues, the Polish PI, was responsible for the content of the exhibition and the catalogue and Zbigniew Krysiewicz for the design of both. 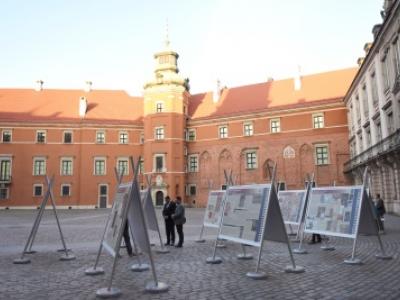 A high point of the opening was the concert by Maria Skiba (soprano) and Frank Pschichholz (chitarra spagnuola and lute), in which they presented songs by Dietrich von dem Werder dedicated to Elisabeth Charlotte of Brandenburg (1597-1660) from Vier und zwantzig Freuden-reiche Trost-Lieder/ Oder Trost-reiche Freuden-Gesänge (Leipzig 1653). 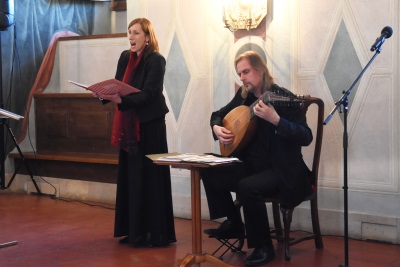 The conference began on Friday 22 April 2016 with a paper by Chiara Franceschini examining the marriages of foreign consorts in Italy and Italian princesses abroad. She discussed in particular: Beatrice d’Aragona (1457-1508) who married Matthias Corvinus, King of Hungary, and after his death the next King of Hungary, Władysław II Jagiellon: her sister Eleonora d’Aragona (1450-1493), who married Ercole I d’Este, Duke of Ferrara; Barbara of Brandenburg (1422-1481), who married Luigi III Gonzaga, Duke of Mantua; and Barbara’s daughter Paola Gonzaga (1464-1495), who married Count Leonhard von Görz. She looked at the different motives for conflict which were often linked to the political and economic situation of the court in question and asked why Italian princesses still made grand marriages after 1539 when their dynasties were politically not so important. She speculated that this was because of the cultural capital they still brought into the marriage.

Grethe Jacobsen described how Queen Christine (1461-1521) of Denmark, after twenty years as queen consort, separated from her husband King John in 1501. She showed how, during the last decade of her marriage from 1503 to 1513, Christine built a residence for herself in the centre of Odense and established a life of her own there. She proposed that the reason for Christine’s separation was unlikely to have been her resentment at the King’s taking a mistress but rather his abandoning her in Stockholm Castle in 1701 where she was besieged for nine months, during which time 900 of her men died of hunger and disease. Even after she had surrendered, she was held captive for 18 months. After her separation she built strong networks among the noble elite and with the church and became an important patron of the arts.

Orsolya Réthelyi analysed the efforts of Mary of Austria, Queen of Hungary (1505-1558), to establish a queen’s court in Buda after her arrival in 1521. She pointed out that from 1440 to 1526 there were only 26 years in which the Hungarian court had a queen. Mary had to gain control of the queen’s apartment, expelling from it the castellan János Bornemissza, organize a household of trusted Germans, manage her finances (in Hungary the Queen had her own independent property) and arrange for ordinances regulating behaviour at court.

Svante Norrhem and Elise Dermineur spoke about Luise Ulrike of Prussia, Queen of Sweden. Norrhem discussed the queen’s failed coup d’état of 1756 and how this was reported by the Swedish political elite. He showed that there were no overt comments on her gender in the reports, but that her foreignness was mostly blamed for her behaviour. The elite then had to prevent the queen from interfering again without alienating her powerful brother Frederick the Great. Dermineur discussed the queen’s divided loyalties during the Pomeranian War (1757-1762), in which Sweden and Prussia were in conflict with one another. Luise Ulrike passed sensitive information to her brother during the war and secretly hoped that Sweden would be defeated. This was a classic example of the conflict often felt by consorts between their loyalty to their natal and their marital dynasties.

Malin Grundberg, the Director of the Livrustkammaren (the Royal Armoury) in Stockholm, gave a presentation on the ideas being considered to prepare for the new permanent exhibition to be unveiled in 2018. The aim of the new exhibition is to give equal representation to men and women and also to feature the LGBT community. While the Museum has to show the objects in its own collection, it wishes to give a greater chronological focus than at present and to show objects in context, using new technology and addressing modern questions wherever possible. 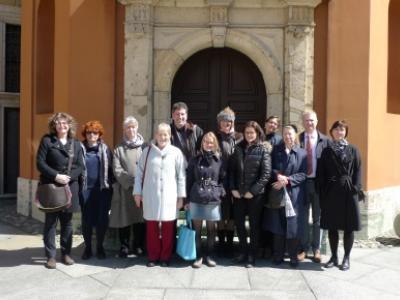 The morning session on 23 April 2016 concentrated on Polish queens. Robert Frost examined the problem of queenship in the Polish-Lithuanian Union, pointing out that queenship in a system of elective monarchy has a different meaning from that in a system of dynastic succession where the primary duty of the consort is to give birth to the next king. He began with the election of Jadwiga Jagiellonka as Queen Regnant in 1384 and her marriage to Grand Duke Jogaila of Lithuania and showed how the principle of an elective monarchy gradually grew stronger until it was finally established in 1572 and he demonstrated the role of consorts in that process. He also discussed how Bona Sforza (1494-1557) ensured the election of her son Sigismund August and how Anna Jagiellonka (1523-1596) was elected king in 1576.

Ewa Kociszewska’s paper was devoted to Marie Louise de Gonzague de Nevers, Queen of Poland (1611-1667). She showed what a colourful life Marie Louise had lived in France before she came to Poland, how her reputation was vilified in gossip and in publications, leading to tension with her husband Władysław IV. She also showed the queen’s repentance and her turn towards religion once she became involved with Port Royal and Jansenism.

Maria Skiba spoke about the Polish princess Anna Catharina Constantia (1619-1651), daughter of Sigismund III Vasa and his second wife Constantia of Austria. Anna Catharina Constantia married Philipp Wilhelm I of Pfalz-Neuburg in 1642, bringing a huge dowry with her. It was due to Habsburg pressure aimed at strengthening their influence in the German states that she was forced to marry a prince so far beneath her in rank. She failed to produce an heir or to exert much influence in her marital territory and never became the ruling duchess, for her husband did not succeed to the title until two years after her death.

Aneta Markuszewska discussed the correspondence of Maria Klementyna Sobieska (1702-1735). She was the granddaughter of Jan III Sobieski, King of Poland, and daughter of Jakub Sobieski and in 1719 married James Charles Edward Stuart, whom many people considered to be James III, the rightful (Catholic) heir to the British throne. Five hundred letters to her father, written in French, exist in Minsk and they explain some of the reasons for the failure of her marriage after the birth of her second son and her subsequent separation from her husband. They reveal much about her state of mind and her emotions during this time. 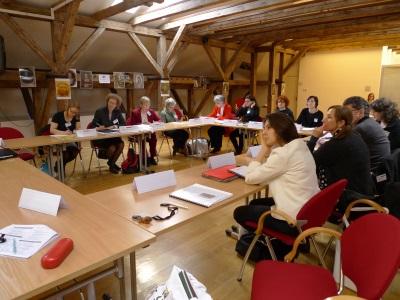 Giedrė Mickūnaitė presented the marriage of the Orthodox Helena of Muscovy (1476-1513) and the Catholic Alexander Jagiellon (1461-1506), with all the confessional and political difficulties that ensued. The marriage was celebrated in 1495 and Helena’s Orthodox faith was guaranteed. However, the marriage neither saved Lithuania from Muscovite expansion nor resulted in closer cultural contacts between the two territories. Helena was treated badly by her in-laws and denied a coronation after her husband was elected King of Poland. Her life became even more difficult after her husband’s death in 1506. Mickūnaitė explored how Helena’s identity was constructed and maintained as ‘other’, in spite of the cultural contiguity of Poland and Lithuania.

Miia Ijäs discussed Katarzyna Jagiellonka (1526-1583) and the diplomatic repercussions of her marriage in 1562 to the Vasa Duke Johan of Finland, who subsequently became Johan III, King of Sweden. As a Catholic she could mediate between Sweden and the European powers but the interests of Sweden and Poland-Lithuania did not always coincide. This paper raised questions about the expectations placed on queens consort and the extent of their authority and agency in fulfilling these expectations.

Jill Bepler analysed the disastrous marriage of Charlotte Christine Sophie of Braunschweig-Wolfenbüttel (1694-1715) with the Tsarevitch Alexei Petrovich of Russia (1690-1718), the first such marriage of a German princess into the Romanov dynasty. Brokered by her grandfather Anton Ulrich of Braunschweig-Wolfenbüttel, the marriage was a very unhappy one and Charlotte Christine Sophie died after the birth of her second child, the future Tsar Peter II. She remained a Lutheran and lived an isolated life with the members of her own court.

Leslie Peirce presented the woman known as Hürrem Sultan (d.1558), probably from the Ukraine, who was taken to the Ottoman court of Suleiman the Magnificent (1494-1566) and who became not only his favourite concubine but his wife and the mother of six of his children. She painted a fascinating picture of this influential woman and discussed the problems of writing history when so many basic facts (such as the date and place of her birth) are unknown and when so many legends have accrued to her under the name Roxelana.

In her summing up Helen Watanabe-O’Kelly proposed that there were two over-arching questions that linked all the papers: 1) to what extent cultural transfer between individual natal and marital courts actually took place and had a lasting effect and 2) to what extent the consorts had real cultural, political or diplomatic agency. Other topics that came up again and again were confessional differences, the control or transmission of finance and property, and the influence of individual political structures in determining a consort’s success or otherwise. Understanding women’s networks and households was also shown to be crucial in several papers. Methodological issues such as how to read and properly assess documents and objects were also important. Finally, an unresolved question was whether the consort’s role developed and changed over time either in individual territories or across Europe. 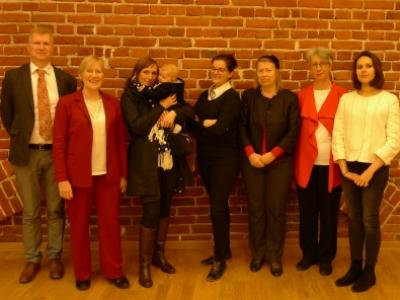 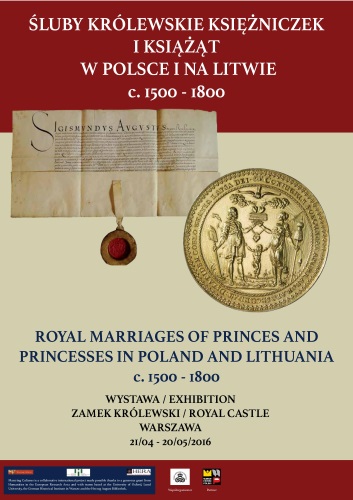 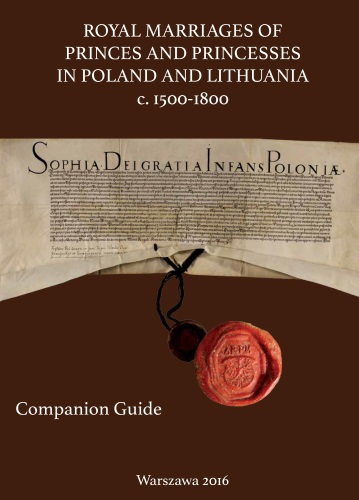