As well as discussing their own work and future progress, on 13 August the team held a joint seminar with Finnish colleagues who are members of a group convened by Dr Anu Lahtinen of the Department of Finnish History at Turku University. The group works on ‘Royal women as agents in cultural interaction during the Renaissance’. After the members of the two groups had briefly presented their individual projects, a lively and fruitful discussion took place which showed how much much common ground there was between the scholars. In the afternoon of that day, the group moved to the magnificently preserved and impressive Turku Castle where three lectures on Katarzyna were given for the general public. Almut Bues gave a talk with the title ‘Catherine Jagiellon between dynasties’, at which she was able to present some of the original archival research she has been conducting. 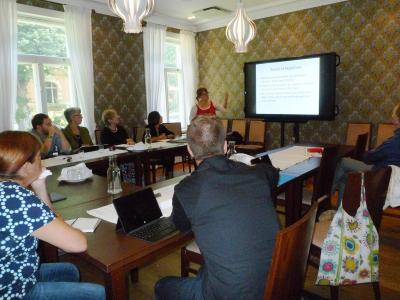 Dr Anu Lahtinen of Turku University presents the research of her group. 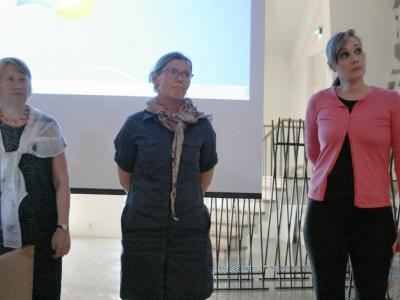 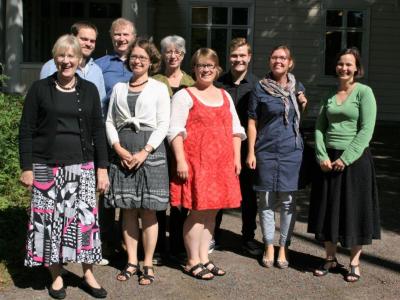 Some members of the Marrying Cultures and Finnish groups in Turku.