Royal Marriages and the Emotions 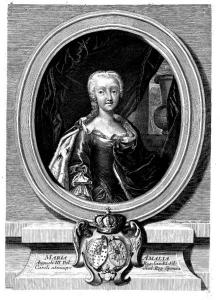 Early modern festival books - official accounts of court and civic festivals - are usually sober works of factual reporting. However, they are sometimes also useful sources for the history of emotions.

Johann Ulrich König’s account of the wedding in 1738 in Dresden of Maria Amalia, Princess of Saxony, to Carlo, the young Bourbon King of the Two Sicilies, becomes highly emotional when describing Maria Amalia’s departure for her new home in Naples. Helen Watanabe-O’Kelly analyses this passage in the context of other accounts of royal weddings and of the emotional contract between a royal family and its people: www.history-of-emotions.mpg.de/en/texts.