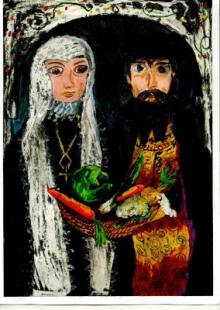 The Winners of the Children’s Competition Królewskie Pary (‘Royal Couples’) have been announced!

Alongside the exhibition Royal Marriages of Princes and Princesses in Poland and Lithuania c. 1500-1800 in the courtyard of the Royal Castle in Warsaw, the works of the winners of the children’s competition ‘Królewskie Pary / Royal Couples’, organised by the Museum of Polish History, our official partner in the HERA project, were shown from 21 April to 20 May 2016.

In the competition primary school pupils were asked to create a picture in A3 size depicting a king of the Jagiellonian dynasty or one of the Polish elected kings together with his consort coming from outside Poland. The response was outstanding: it brought in 1,820 applications from all over Poland. Therefore it was not an easy task for the jury, of whom Marrying Cultures PI Almut Bues was a member, to make a selection. The jury took into account the ingenuity, accuracy and originality of the depiction, as the attractiveness of the design and the selection of appropriate techniques.

In the first (younger) group the prizes were won as follows: 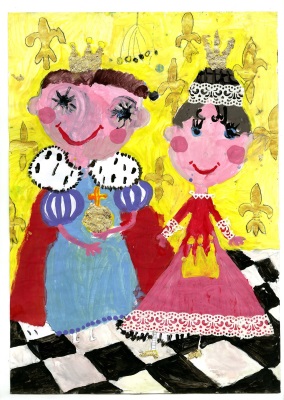 First prize for Bianka Hasiak, class1, Primary School in Biłgoraj for her portrait of Marysieńka and Jan III Sobieski.

The royal couple is seen in a rich and elaborate coronation dress typical for the period. The intense colours of the paint are highlighted effectively by means of cut paper elements. 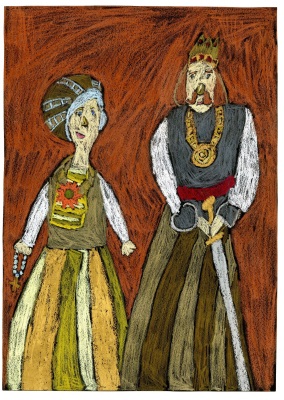 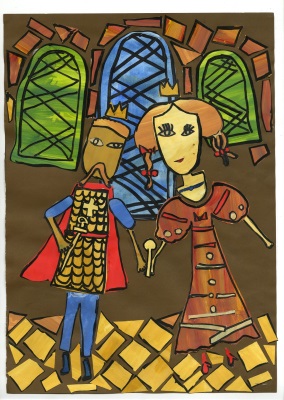 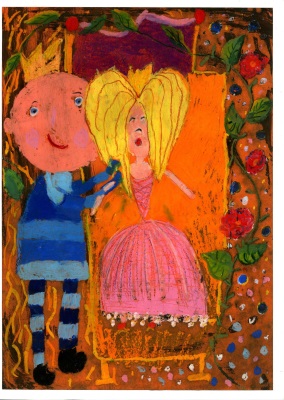 Special prize for Oliwia Barcewicz, class 1, Integration School in Mrzeżyno, with ‘In the Queen’s Bedroom’. 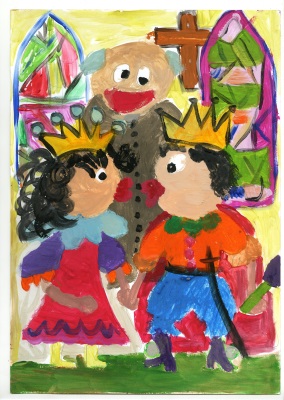 In the second (older) group the prizes were as follows: 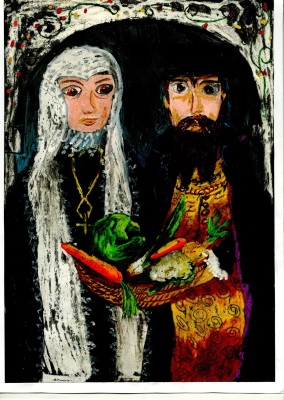 First prize for Aleksandra Krasniewicz, class 5, Integration school in Mrzeżyno, with Bona Sforza and Zygmunt I.

The successful chalk drawing emphasises the basket with the vegetables that Queen Bona introduced to Poland from Italy which the royal couple are holding jointly. 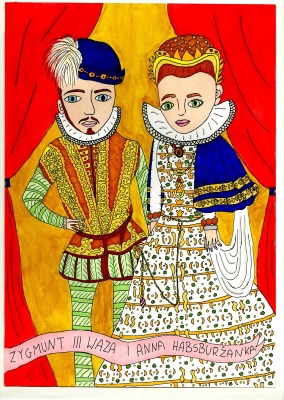 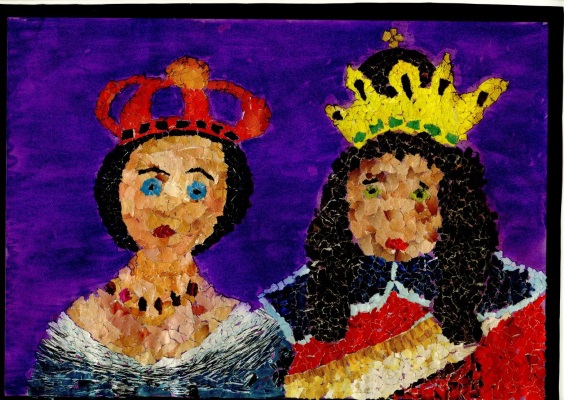 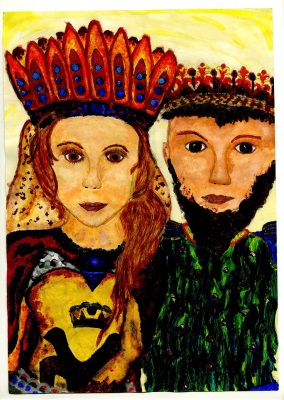 37 prizes in total were awarded. Congratulations to all winners! The presentation of the prizes will take place in the Muzeum Historii Polski on 4 June 2016.