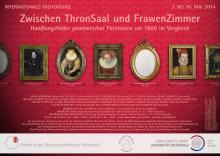 Bepler examined how princesses were educated to read from an early age and how this influenced their devotional practices, the books that they took with them when they were married to their new dynasties, how they engaged in compiling and printing important confessional works, and how they disposed of these works later by endowing churches or leaving them to their daughters and female relatives.