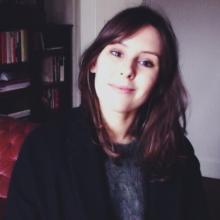 She has held grants and fellowships from the French Government (bourse de thèse en cotutelle, Centre André Chastel, Paris IV), the Institut national d’histoire de l’art in Paris, the Warburg Institute (Saxl Fellowship), the Polish Ministry of Science and Higher Education (Iuventus Plus grant scheme), the Foundation for Polish Science, and the Fondazione Cini in Venice. She has published in French Studies Bulletin, Journal of the Warburg and Cortauld Institutes, Le Moyen Âge and Renaissance Quarterly. Her article ”War and Seduction in Cybele’s Garden: Contextualizing Ballet des Polonais” (Renaissance Quarterly 65.2012) was awarded the William Nelson Prize by the Renaissance Society of America and the Nancy Roelker Prize by the Sixteenth Century Society and Conference.