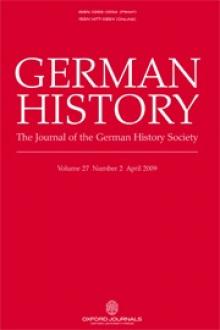 Oxford Journals subscribers can read the full article at: http://gh.oxfordjournals.org/content/34/2/279.full.pdf+html

Dynastic marriage in the Europe of the ancien régime is built upon the assumption that a high-born woman will leave her natal family and the territory she grew up in and travel to the court and territory of her spouse. Were these foreign-born queens consort able to graft elements that they had brought with them onto the culture they found when they arrived in their new country and so create a new cultural synthesis? What elements from their marital court did they send back home? In other words, did these women function as agents of cultural transfer between their natal and their marital courts, and to what extent was this an ongoing process? What were the factors—personal and political—that enabled one queen to be an active cultural agent and another not? What theories of cultural transfer are useful in examining the influence of these queens? Are there specific features of court culture that distinguish cultural transfer between courts from other cases of transfer? By the mid-eighteenth century is the influence of France so pervasive that the court has become a transnational space? The example chosen to illuminate these questions is Maria Amalia, Princess of Saxony and Poland (1724–1760), who on her marriage in 1738 became Queen of the Two Sicilies and from 1759 was Queen of Spain.