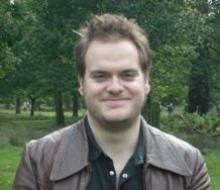 ADAM MORTON was a post-doctoral researcher on the Marrying Cultures project based in Oxford and in September 2014 he was appointed Lecturer in British History at Newcastle University. He is continuing to pursue research related to the project. A historian of the long Reformation, he previously taught History at the Universities of Warwick and York, where he completed his Ph.D in 2011. His thesis – Glaring at Antichrist: printed images of the Papacy in early modern England, c.1530-1685 – analysed the hitherto underexplored visual and material culture of post-Reformation Protestantism, and exposed the multifarious nature of anti-Catholic intolerance in sixteenth and seventeenth century Britain. He is currently revising this thesis for publication and has edited Getting Along? Religious Identities and Confessional Relations in Early Modern England (Ashgate, 2011), a collection of essays on inter-confessional relations in post-Reformation England, and Crosscurrents in Religious Imagery (forthcoming: 2014), a collection of essays on the interconnectedness of religious and visual cultures in the early modern world. He has also published in The Journal of Early Modern History, and has several forthcoming articles at press.

Morton’s research focusses on Catherine of Braganza, the Portuguese Queen consort who married Charles II of England in 1662. Catherine provides a unique opportunity to investigate cultural transfer because she returned to Portugal in 1692, and became Queen Regent there twice before her death in 1705. Yet in contrast to other seventeenth century consorts in England like Henrietta Maria, Catherine has long been the object of neglect by historians. Deemed something of a political non-entity due to her ’failure’ to provide an heir to the throne (the consort’s primary duty), and understood to be ’too Catholic’ and ’too foreign’ to make any significant impact on ’Protestant England’, she has been portrayed as decidedly out of place at the Restoration Court. Adam’s research focuses on these categories of ’Catholic’ and ’failure’, testing their applicability in light of Catherine’s thirty-year career in England. It considers Catherine’s role as a patron of music and art, asks whether her Portuguese and Italian tastes had any discernible impact on Charles’s very ’French’ court, and seeks to understand the roles which Catholic devotional culture played in English politics. Catherine was often termed a deeply pious person, and Morton’s research asks whether Catherine’s Catholicism was not a remarkably public phenomenon in the late-seventeenth century, especially in light of the widespread fears of ’Popery and Arbitrary Government’ which hounded Charles II. He will also investigate what elements of British culture Catherine brought back with her to Portugal.