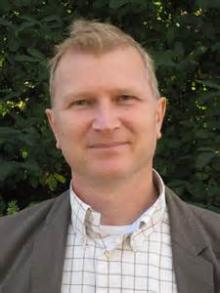 Norrhem will be working alongside Elise Dermineur in researching the 18th century Prussian princess Luise Ulrike (1720-1782) and her network. Luise married Adolf Fredrik, King of Sweden (1710-1771), in 1744. Sister of Frederick the Great of Prussia (Friedrich II), she brought Enlightenment ideas and culture to Stockholm and founded institutions which are still important today. When Luise Ulrike became engaged to Adolf Fredrik, Voltaire already envisaged a cultural mission for her in Sweden, writing to her: ”Vous ferez en Suède ce que Le Roi votre frère fait á Berlin; Vous ferez naître les beaux-arts”. At the same time, Frederick the Great saw a political role for her in spreading Prussian influence in her new territory. She was thus seen both as a possible agent for cultural change and as an instrument to be used for political influence. In addition, a part of the Swedish political elite hoped that she would be a catalyst for political and cultural change. Her potential to become an intermediary of enlightenment culture and political ideas came from her upbringing at a court to which French Huguenot teachers had brought French culture and political thought. The works of such enlightenment philosophers as Pierre Bayle and Christian Wolff were read at the Berlin court and other philosophers and scientists, such as Voltaire and Pierre Louis Maupertuis, spent time there. Having grown up in this environment, both Luise Ulrike herself and some of her siblings – the best known of them being Wilhelmine, Margravine of Bayreuth (1709-1758) – became patrons of art, music, literature and architecture, in much the same way as their grandmother, Sophie Charlotte of Hannover (1668-1705), had been and as their mother, Sophie Dorothea of Hannover (1687-1757), had encouraged them to be. Some of the siblings also became political agents – the networks which they forged in doing so will be crucial aspect of the research of this team.