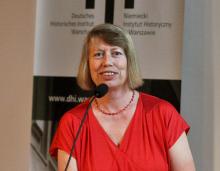 Zofia and Katarzyna’s cultural agency will be considered in three areas. 1) Their expansive art collections will be discussed as a means of interpreting dynastic exchange and cultural influence. Works in these collections originated in the Netherlands, Germany or Italy and then went to Hungary and back via Poland, before being transported to Sweden, Brandenburg and Braunschweig-Wolfenbüttel. One of the aims of the project is to chart the movements of these important art works and evaluate their influence. 2) Their architectural contributions. During Zofia’s widowhood she extended the castles of Schöningen and Herxheim and designed gardens. Katarzyna had a significant impact upon the Scandinavian ’Vasa Renaissance’. Her influence on the many building projects during Johan’s reign will be studied (the royal palace in Stockholm, Turku castle, and Borgholm castle) for which Italian, Flemish and German master builders, painters and stucco workers were imported. 3) Their religious influence. Both were Catholics who married Protestants. While Zofia is said to have converted to Lutheranism, Katarzyna’s Catholicism had political consequences: the liturgy in Sweden drew closer to Catholic practices and the Jesuits got a foothold in the country. The Catholic education of her children also had political consequences for Europe, as it enabled her son Zygmunt (III) to become King of Poland.